St. Nicholas, Grosmont is a grade I listed church which was refurbished during the early part of 2010. Works included repairs to the top of the spire, regilding of the weathervane and replacement of defective lead work. Internally the Norman nave was repointed in lime mortar and major repairs to the roof structure were carried out. Bats were found to be resident within the Nave and the work was undertaken to avoid disrupting their habitat. Defective lime plaster was also hacked off and renewed and the whole church was redecorated. Financial assistance was provided by CADW and the Heritage Lottery Fund and the work was carried out by Capps and Capps of Hereford. 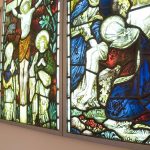 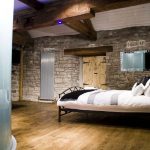